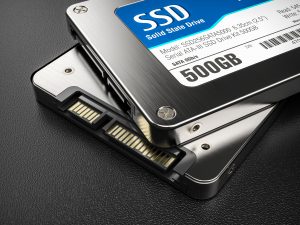 Whether you're looking up for a hardcore gaming PC or a budget build for general use, here's our favorite picks for the fastest SSDs in the market.

Is your good old PC showing signs of lagging? If your machine is not working the way you want it to, it might be time for a change.

Don’t be so quick to toss that computer out, though: consider getting it upgraded. Sometimes, you can solve performance issues by just changing your hard drive to a solid-state drive (SSD) or getting a better one. Here’s a list of our favorite SSDs that will give you bang for your buck.

When you’re keen on getting an NVMe drive at a budget price, Crucial P1 is an obvious choice. With an advertised sequential IO of 2000/1700MB/s read/write speeds and random IO of 170K/240K IOPS read/write speeds, this SSD has the potential to be faster than even the SATA.

Like most SSDs, its transfer speed tends to be on par with most fully-loaded SATA drives. If you’re a gamer looking for an affordable SSD option, Crucial P1 should be on your shortlist. 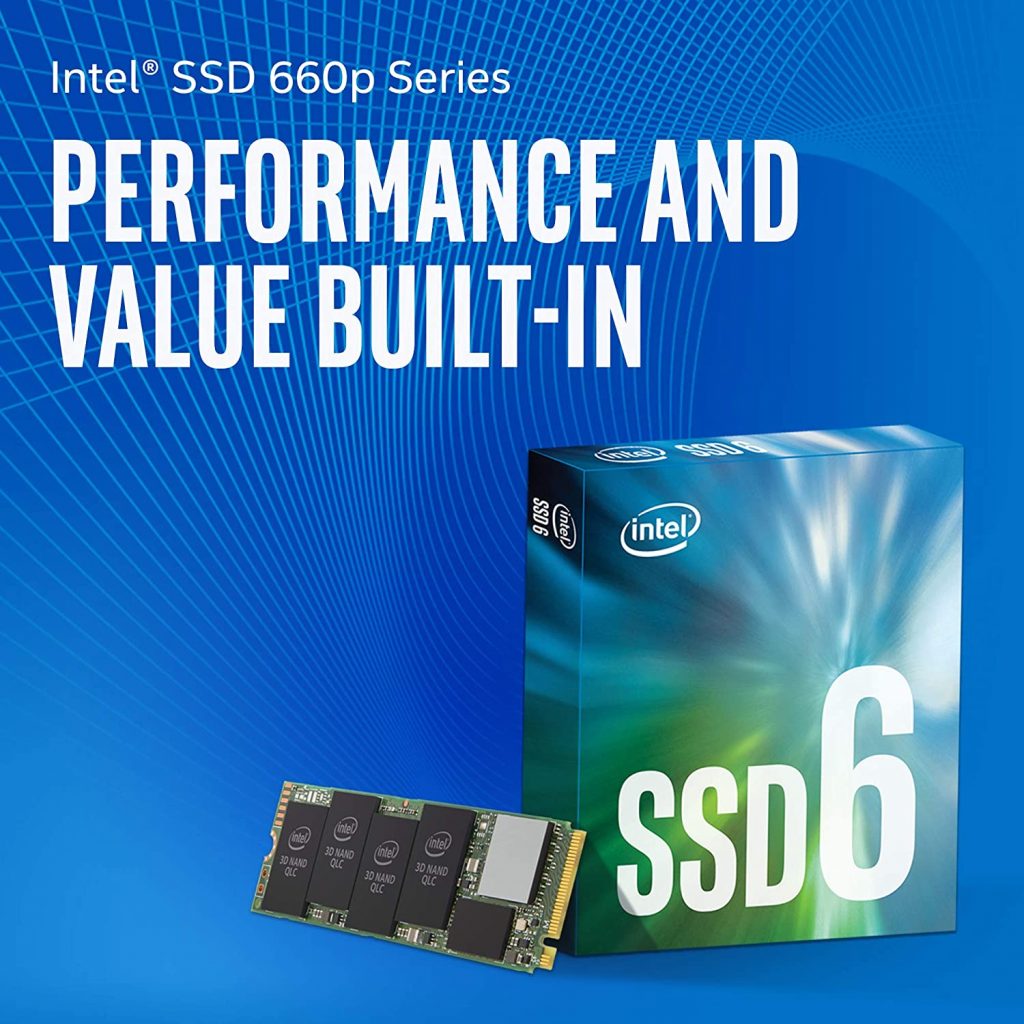 Best known for its consistent performance, Intel 660p is a viable choice even for gaming use. If you’re looking for an SSD with a bigger capacity, the 2TB drive is among the cheapest choices out there.

Like most other SSD options, this Intel product comes with a five-year warranty. Its 512GB model, unfortunately, only has a 100TBW rating. The 2TB Intel 660p, however, is still a great choice with its 400TBW rating. 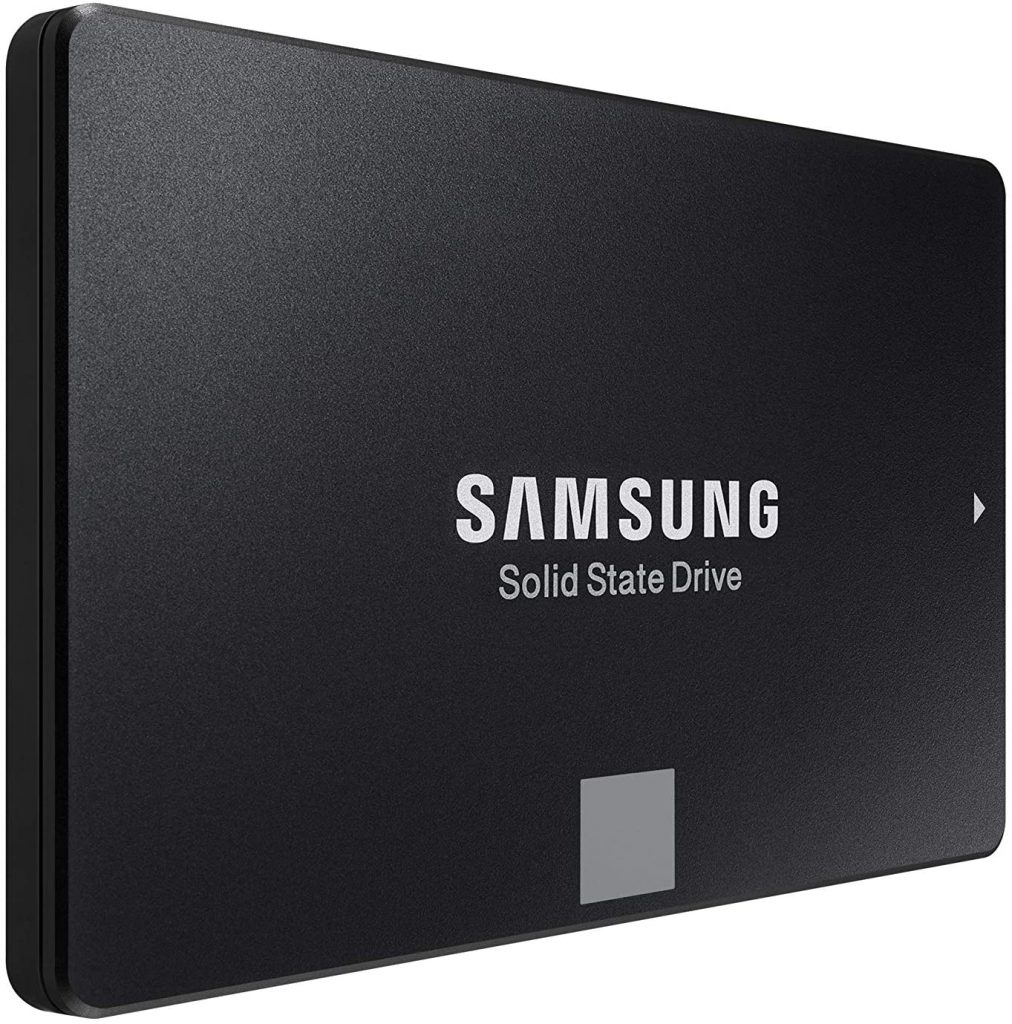 When it comes to mainstream SSD choices, you can never go wrong by picking a product from Samsung. For buyers who can’t afford to splurge on a new drive, the Samsung 860 EVO provides a good balance of speed and affordability.

It’s rare to encounter compatibility issues with this SSD, even with a PC from the last decade. Samsung 860 EVO is among the fastest SATA drives available, and its reputation for being reliable is definitely well-deserved. 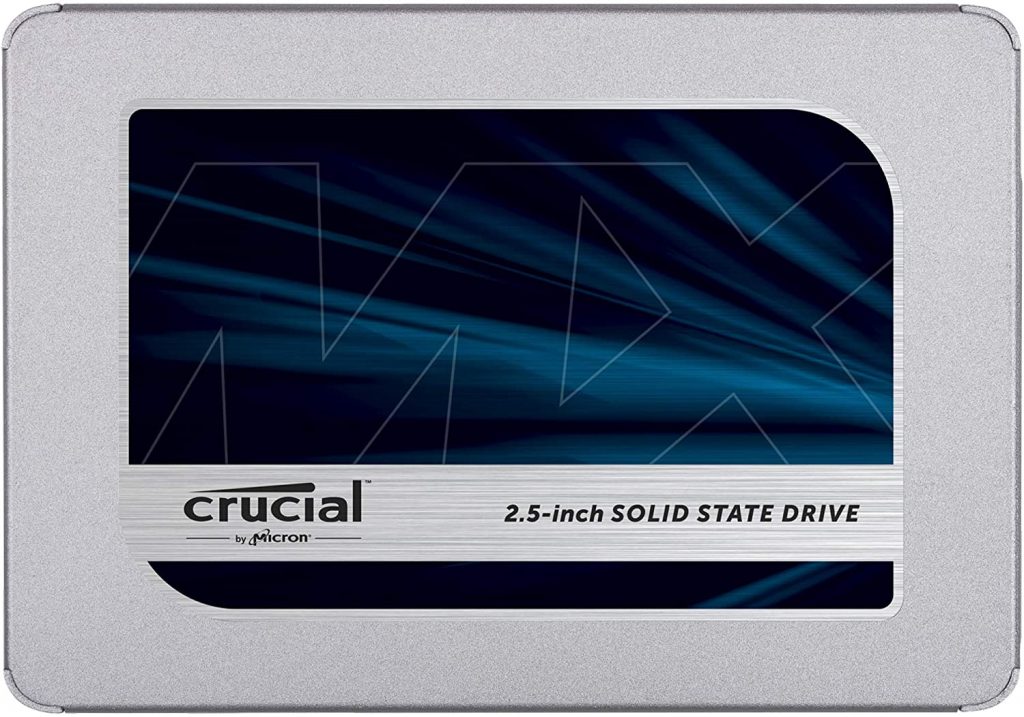 When it comes to SATA drives, the Crucial MX500 is another affordable SSD that doesn’t disappoint. While it’s among the more reasonably priced options, it’s more cost-effective to splurge on MX500 models that have higher capacities.

This SSD drive can rival the Samsung 860 EVO when it comes to speed, and it comes at a lower price point. This drive tends to be slightly more expensive than Crucial P1 especially if you’re buying the 500GB drive.

For NVMe SSDs, the Samsung 970 EVO Plus is another worthy pick. This drive can keep up with your rigorous demands for uninterrupted data streaming. Whether you’re looking at seamless gaming, 3D rendering, or 4K video editing, this SSD is sure to keep up with your needs.

The Samsung 970 EVO Plus comes with a standard five-year warranty and has a sequential 3500/3300 MB/s read/write speed. 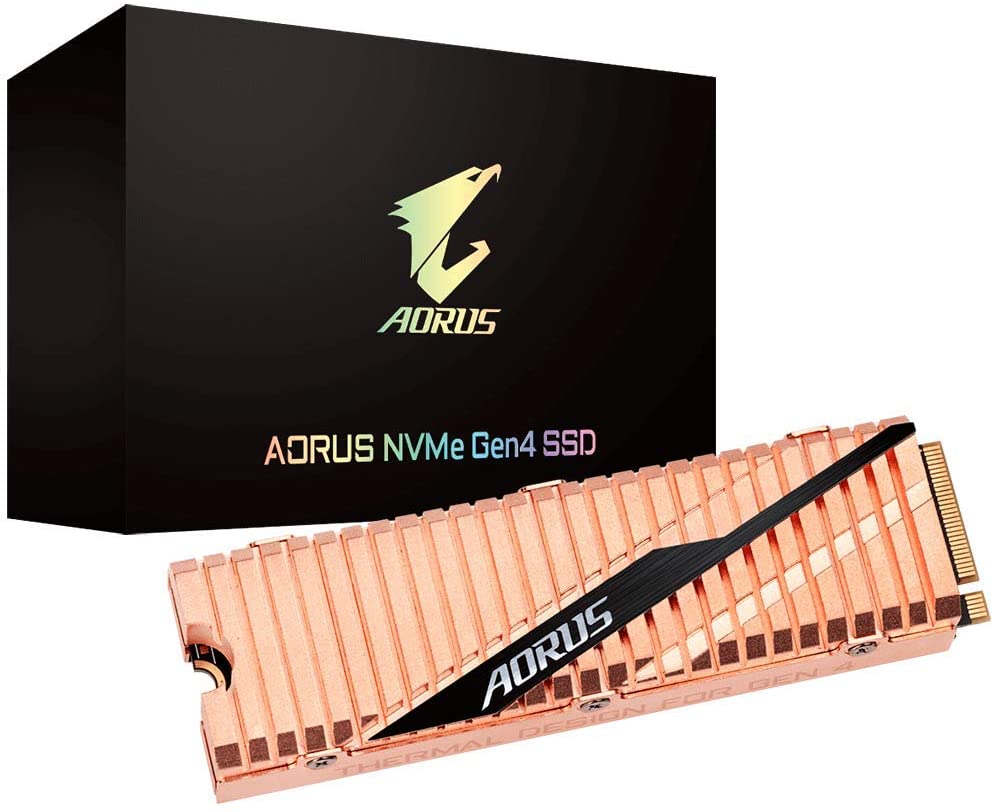 Speaking of speed, the Gigabyte Aorus NVMe Gen4 SSD is an obvious choice when your greatest concern is, well, speed. Apart from being one of the fastest NVMe SSDs in the market, this SSD is a PCIe 4.0 SSDs: it’s able to hit 5,000MB/s sequential reads and 4,400MB/s sequential writes.

Although its price is slightly higher than some SSD drives, its superb performance makes this SSD worth every cent.

If mainstream SSDs like those from Samsung are out of your budget, the Corsair Force Series MP510 serves as a reasonable alternative to NVMe SSDs.

While it’s not the fastest SSD drive out there, this drive can hold its own against its competitors. Corsair made significant improvements in the MP510 and it now comes with 3,480MB/s sequential read and 2,700MB/s sequential write speeds.

Are you building a PC on a tight budget? If you’re not aiming for perfection, check out the WD Blue SN 550. This SSD delivers excellent value at a low price. Power optimization on a desktop computer could do with some improvement, but it’s an efficient M.2 drive overall.

Among low-cost NVMe SSDs, WD Blue SN 550 stands out with its consistent performance. This SSD is definitely a viable choice for someone looking for an affordable and reliable drive. 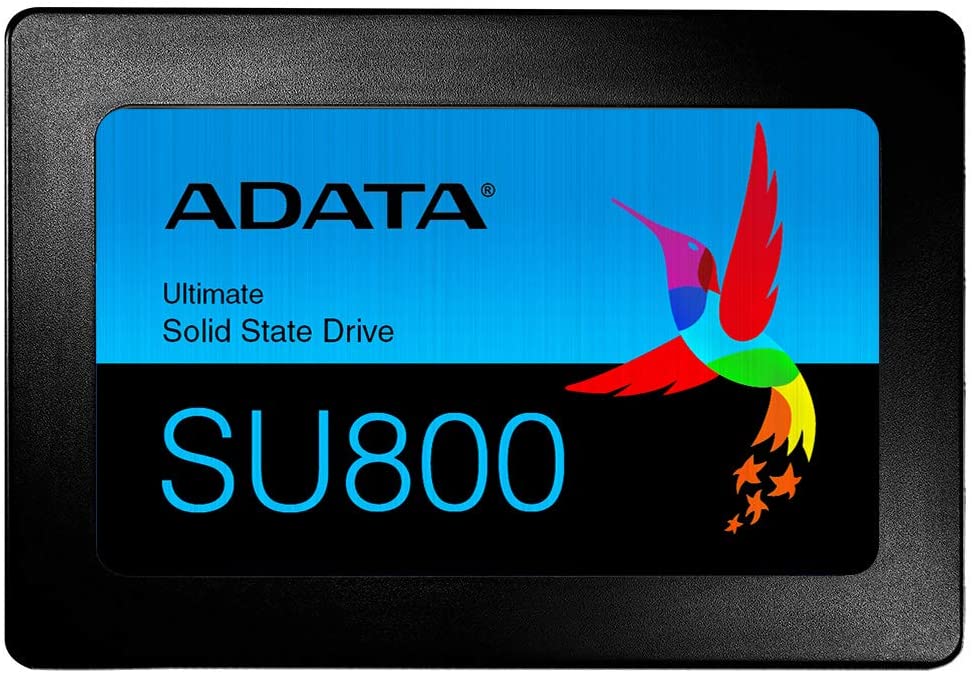 While it’s not exactly the best SSD, you should not pass up on the Adata Ultimate SU800. This SSD has comparable transfer speeds to other products on paper, but the actual speed tends to be slower than the speed that is advertised.

Although transfer speeds can fall below the advertised speed, the Adata Ultimate SU800 makes up for it with its discounted prices. This SSD also comes with a utility tool which makes it easier to perform upgrades from an existing computer.

While Silicon Power is not as popular a brand as Samsung or WD in the SSD market, it has been around for some time. This company is known for providing inexpensive SSD products that are ideal for those with tight budgets.

With a 560/530MB/s sequential read/write speed, it appears to keep up with other SATA drives on paper. The 80K/80K IOPS read/write speeds may cause performance issues, but it’s fast enough as an entry-level SSD for PCs that are still using hard drives.

Samsung might have won over the mainstream market with its 970 EVO Plus and Pro SSDs, but the Adata XPG SX8200 doesn’t lose in terms of specifications.

Competitively priced, this high-performing SSD’s biggest merit lies in its power efficiency that is among the best in the world.

On the downside, the Pro version maintains the same endurance as the non-Pro Adata model. However, it is powerful enough to meet the needs of its target consumers —video content producers and gamers. 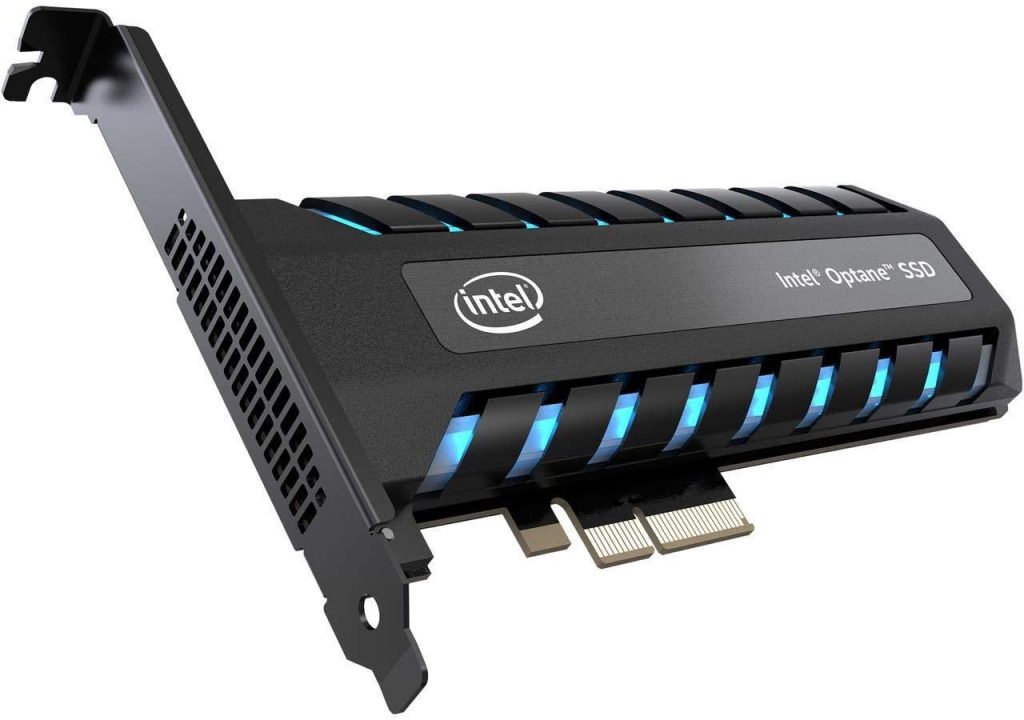 Thanks to the new 3D XPoint memory technology, the Intel Optane SSD 905P is among the fastest U.2 SSD drives today.  This drive’s 2,600MB/s sequential read and 2,200MB/s sequential write speeds may appear lackluster, but Intel can hold its own against other top brands overall.

Like all things Intel, the price of this drive happens to be one of its largest drawbacks. It’s better to look to other brands if you’re looking for an affordable product. The size of this SSD is also too large for most laptops.

If you need an SSD that’s not the fastest but is fast enough to meet your needs, the Silicon Power P34A80 is a sure contender. Rated with 3.4/3 GBPS sequential read/write speeds, this SSD speeds up the system and protects your wallet.

Compared to its competitors, Patriot Viper VPR100 doesn’t perform as well. However, it still is a great buy for an adorned heat sink or a fancy RGB model.

The main concern with this M.2 NVMe SSD is that it tends to perform slower under some RGB settings. With the right settings, this shouldn’t be much of an issue.

As for aesthetics, the heat shield keeps this SSD cool while making it look attractive. When it comes to endurance and performance, Patriot Viper VPR100 doesn’t disappoint either. 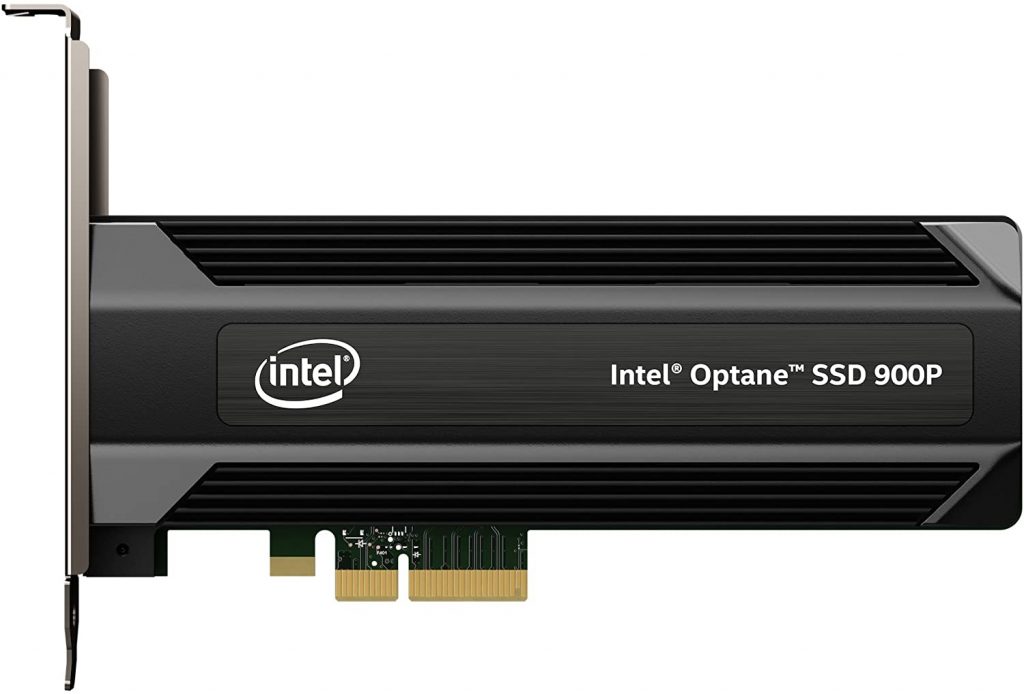 When price is not the main concern and you’re looking for a low-capacity option, consider Intel Optane SSD. This drive focuses on performance, making it one of the best picks when it comes to low-capacity SSDs. Available only in 280GB and 480GB, the cost per GB is higher compared to its competitors.

The Intel Optane SSD 900P comes with Intel’s custom NVMe controller and 3D XPoint memory — making it a top pick if you’re paying for workload performance. The SSD’s endurance is also one of its selling points.

Although this SSD has limited capacity and the power consumption is a bit high, it’s one of the fastest SSDs on the market.

Are you searching for an SSD that will outlast your computer? HP S700 Pro is undoubtedly an attractive deal For buyers looking for a drive that they can use for a long time.

This SATA 3 drive uses NAND chips and new 3D NAND technology to prolong the SSD’s lifespan.  This SSD prides itself for reliability, and the drive’s metal body acts as a heat sink.

While there are faster drives out there, HP S700 Pro delivers consistent performance and is a dependable drive for storing your data in a safe place. 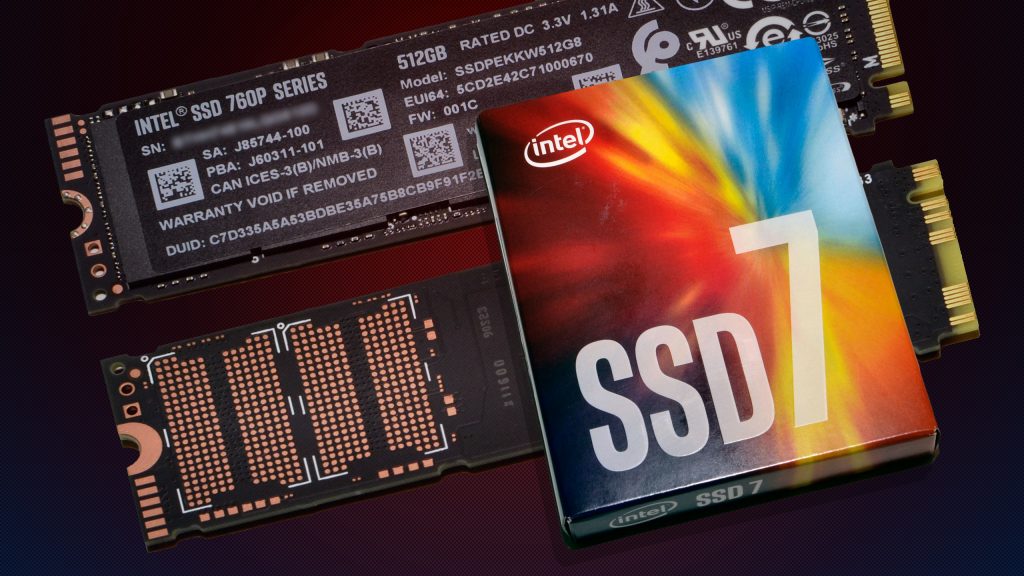 Delivering amazing performance at an affordable price, the Intel 760p Series SSD is a game-changer. Considered to be one of the best SSD, its boot drives come with a 3,056 MB/s read and 1,606 MB/s write speeds.

On the downside, your options are limited to a maximum capacity of 512GB. For general PC use, Intel 760p Series SSD should speed up your system since it comes with a power reduction feature. While it’s not the fastest SSD, its discounted price makes it a sensible choice.

If you’re seeking a low-cost option, consider Mushkin. While this is a modest upgrade for a system without an SSD, its performance should provide much-needed improvement.

According to the manufacturer, its lifespan is about three years. This SSD line is a bit older, but the 500GB drive happens to be a cost-effective option. If you need a drive with a bigger capacity, consider other SSDs in the market.

Best known for its versatility, Toshiba OCZ RD400 is one of the fastest drives today. You’ve got three form factors for this SSD– add-in card or AIC, M.2, and M.2 2280.

If you are upgrading your computer to boost its speed, this SSD may be worth its price. But if you have budget constraints, it might be better to look elsewhere. 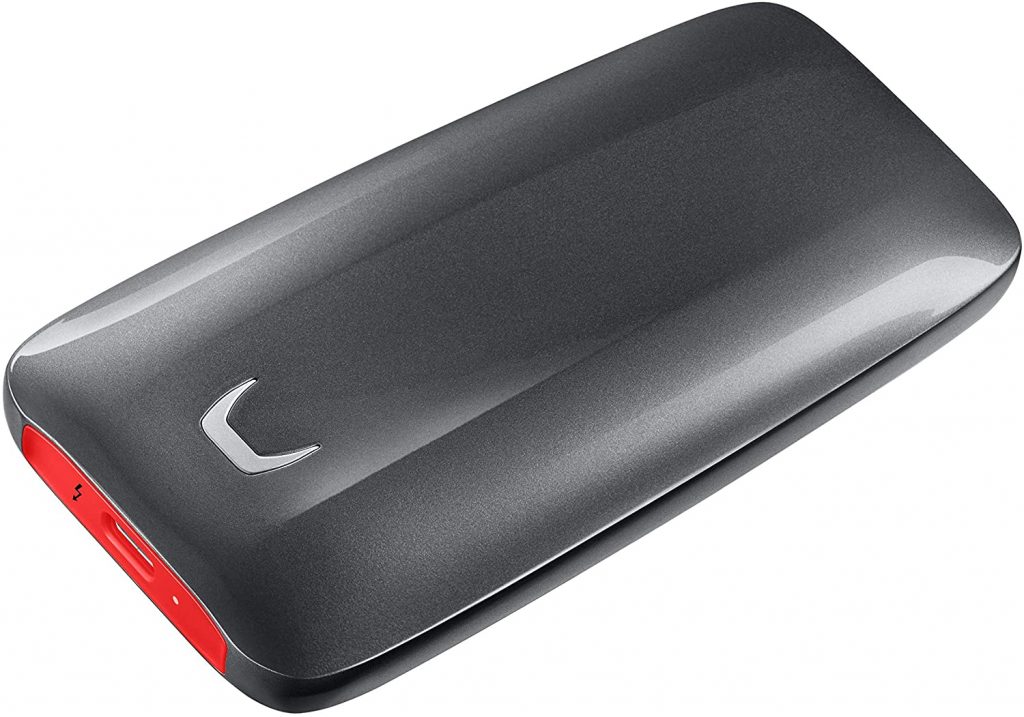 SSDs don’t just go inside your computer – there are also external SSD options on the market. The Samsung X5 Portable SSD serves as an inexpensive and better alternative to HDDs. With this portable drive, however, the main concern lies with compatibility as it might not work with some computers.

Since this portable drive relies on a Thunderbolt 3 port and most computers use USB Type-C, it’s only accessible to selected devices for now.

This SSD comes with an elegant supercar-inspired design. You should have no complaints when it comes to its speed and performance.  On the downside, Samsung X5 Portable SSD tends to get hot easily.

Which SSD Is Right For Me?

Over the past years, SSD prices have gone down. Anyone upgrading or building their PC can use an SSD as their main drive.

With this trend, consumers have access to a greater range of choices, whether they’re hardcore enthusiasts, general PC users, or budget-conscious shoppers.

When buying an SSD, you should be firm on what you want – whether it’s speed, reliability, etc. If you’re not sure, think about what you usually use your computer for on a daily basis.

Compatibility with your computer is also another consideration. Of the several options that are available in the SSD market, you should find the SSD that fits your needs and budget best.

By: Margarette • The Ultimate Buyer’s Guide For Solid-State Drive (SSD) 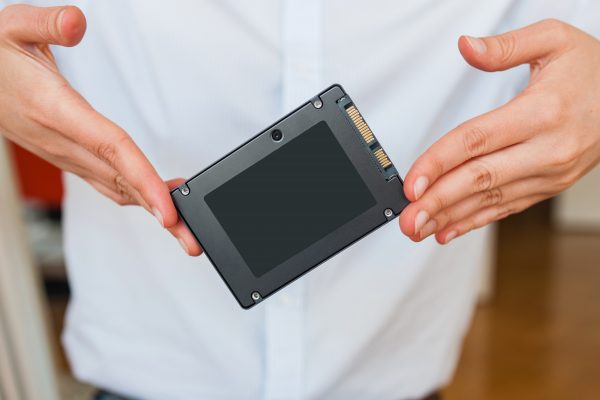 13 Top Applications To Run An SSD Speed Test
Next post