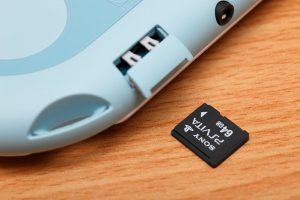 Learn more about the Sony PS Vita Memory Card and discover our top value for money picks for gaming enthusiasts like you.

A PS Vita Memory Card is required to save games downloaded from the Sony PlayStation Store. It is also required to restore saved data from games and add-on data. This includes photos, music and other types of content. PS Vita is a memory card for use with PS Vita or PS TV. On your PSP system, you will not be able to use Memory Stick media such as the Memory Stick Micro on the PS Vita.

How To Use A PS Vita Memory Card 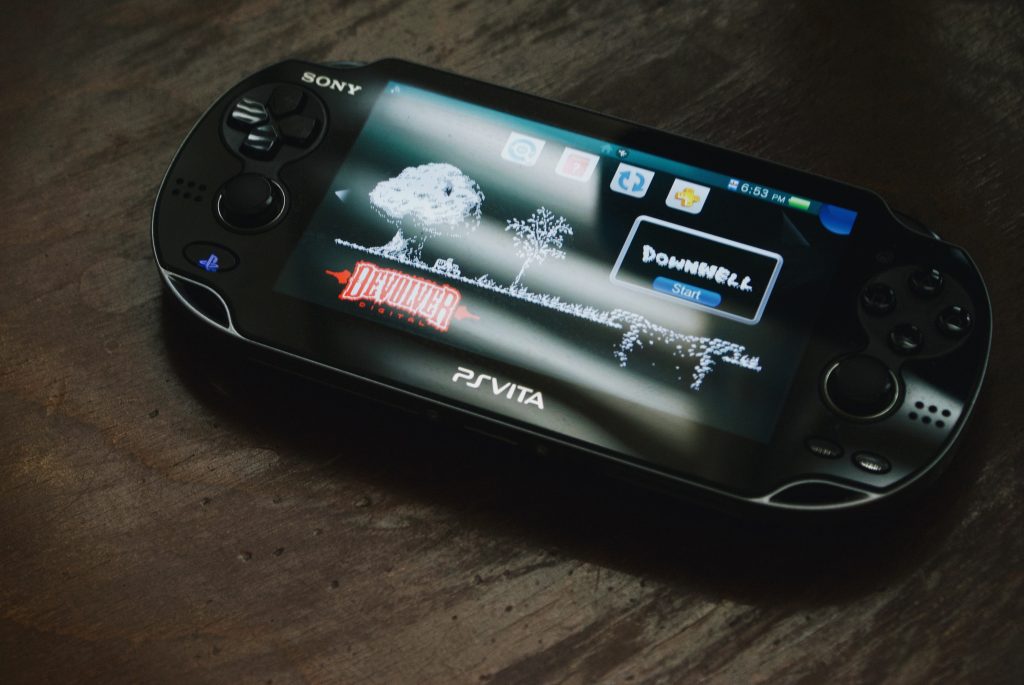 Not all portable devices support the TIFF format. But with PS Vita supporting it, this means users can now convert higher-quality images into lower-quality JPEG files to view them. TIFFs are usually larger than files of compressed formats, so better quality comes at the expense of storing fewer images.

If you download lots of music from the Apple Store to iTunes on your Mac in AAC format, you won’t be able to listen to that music on your PS Vita. If you use a Mac, you won’t be able to use the PS Vita Content Manager Assistant Software either. This is a bit of an odd omission since AACs are playable on the PSP. There’s also no support for AIFF files, however, since that’s primarily a format for burning to CDs, it isn’t classified as portable listening anyway. Apart from the two aforementioned formats, the most popular sound formats are supported on the PS Vita.

The PS Vita supports just one video format type, although you shouldn’t worry since MPEG-4 is the standard video format used across the board.

Memory sticks and cards similar to those used in the PSP do not work with the PS Vita. Nor do other common formats like SD cards or the memory stick micro used in the PSPgo. Sony is a fan of proprietary formats for removable storage media on its devices and the PS Vita is no exception. Also, the memory cards are linked to a user’s PlayStation Network account and can only be used in PS Vita systems that are also linked to that account.

Unlike the PSP, Sony decided to ditch the standard Memory Stick and went with a Vita exclusive memory card instead. The lower end 4GB and 8GB memory cards are ideal for gamers who mostly buy physical games. Lower end memory cards offer enough space for game saves and a limited amount of digital media such as themes and demos.
The higher-end 16GB and 32GB cards are more suited for people who plan to buy a lot of digital download games. It’s also important to note that some games will actually allow you to save game data, patches, and add-on content directly to the game card itself (without the need for an additional memory card). 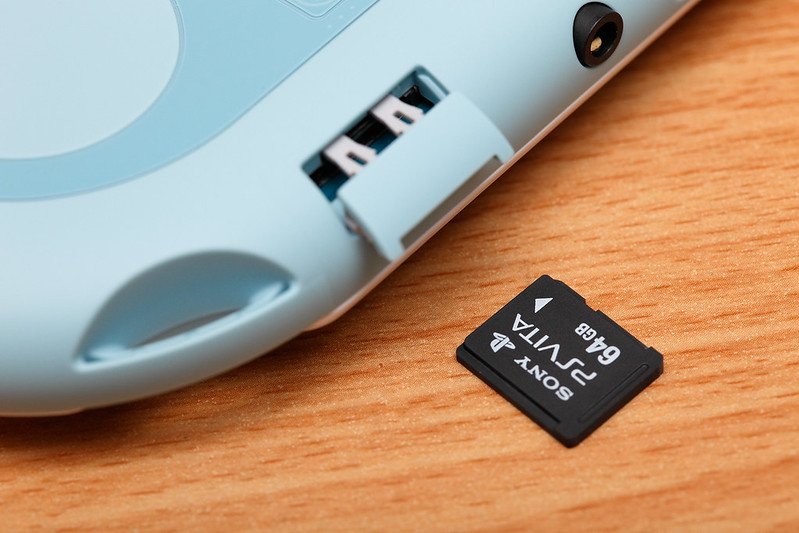 Reasons To Own A PlayStation Vita

The PlayStation Vita has a bit of something for everyone in terms of gaming options. If you’re a fan of AAA titles, there are games like Uncharted: Golden AbyssCheck Latest Price , Killzone: Mercenary, Gravity Rush, LittleBigPlanet Vita, and Dragon’s CrownCheck Latest Price . Although some of PS Vita’s big hitters have made the transition over to PS4, there are still plenty of great Vita exclusives such as Freedom Wars and Soul SacrificeCheck Latest Price .

There is also a vast array of AA titles such as Wipeout 2048, Tearaway, Danganronpa, Everybody’s Golf, Zero Escape: Virtue’s Last Reward, Dragon Quest Builders, Disgaea 4 and Oreshika 2: Tainted Bloodlines. But, if you’re into sports, Persona 4 Golden is a great option as well as Danganronpa 1 and 2, Final Fantasy X/X-2 remake as well as Metal Gear Solid HD Collection.
If Indie is more your style, PlayStation Vita also offers plenty of indie titles to choose from. These are: Don’t Starve, Lumines: Electronic Symphony, The Walking Dead, Rogue Legacy, Spelunky, OlliOlli, Luftrausers, Guacamelee, Sound Shapes, Severed, Resogun, Fez and lots more. There are plenty of indie titles that are cross-buy enabled. This means if you already have a PS4 or are contemplating buying one, the Vita version will be included for free. 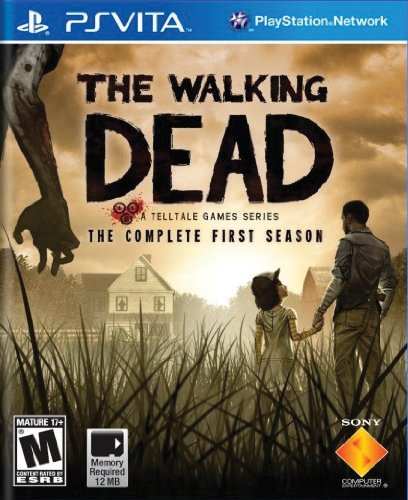 CHECK LATEST PRICE
Are you also a loyal PS+ member? If you have been saving all of your games (including your Vita titles) to your library, you can log in with your Vita to your PlayStation account. There, you’ll find a trove of games that are ready to be downloaded.
There’s also an additional benefit whereby the PlayStation Vita can play PSP and PS1 games. So, if you ever feel like going back into Final Fantasy VII, Crash Bandicoot or God of War Ghost of Sparta, the PlayStation Vita is the device to do it on.

One of the top benefits of owning a PlayStation Vita is that it’s extremely portable. You definitely won’t be able to fit your PlayStation 3 in your carry-on suitcase if you were going away on a trip. The PlayStation Vita will allow you to continue playing games while you’re hundreds of miles away from your home via the Internet. You can set up remote play by connecting your Vita to your console. To get started, go to the settings menu. Once you’re there, you’d need to hit the devices list and from there, you can connect the Vita. Then, go to network and select remote play from PS3, fire this up at the same time on your Vita and you should now be all set and ready to play remotely on your Vita.

Below are a few accessories that would help make your gaming experience on your PlayStation Vita more enjoyable. 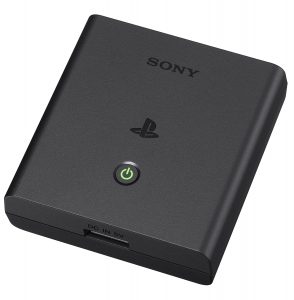 Check Latest Price
The PlayStation Vita only offers about 3 – 5 hours of gaming time. To remedy this situation, you’d need the Sony PS Vita portable charger accessory which will allow you to recharge your handheld device 1.5 times while on the go. Additionally, you can also use Sony’s portable charger to charge most of your other handheld devices as well. Something to bear in mind is that the chargers make use of the Vita’s AC adapter and USB cable. This means you might want to consider investing in a second set of cables just in case you’d need to charge both your Vita and portable charger at the same time.

Check Latest Price
It’s important to note that the PlayStation Vita console has no internal storage. This means that an official PlayStation Vita Memory Card is required to save game progress, download apps, games, and updates from the PSN Store, as well as storing music, photos, and videos. The Memory Cards are sold separately to allow consumers to choose their own system’s memory capacity based on their expected usage.
The PS Vita Console comes with an incredibly vivid 5-inch screen display. It gives users the color and definition like no other in portable gaming. Every curve of the Vita was designed for the best grip in mobile gaming available in the market. Users can explore and play with just a touch, tap or swipe of a finger. The rear touchpad also gives users advanced precision and accuracy.
Users can also enjoy a seamless and effortless experience with Vita’s intuitive dual analog sticks that allows for complete control. Vita’s front and rear cameras also allow users to get into the game that they’re playing by creating a whole new world during every single playtime. Not forgetting as well that the handheld device is built to be ultra-slim and easy-to-carry for every gamer. Whether you’re a beginner to games, a homebody or an avid traveler on-the-go, this is a great choice for you. 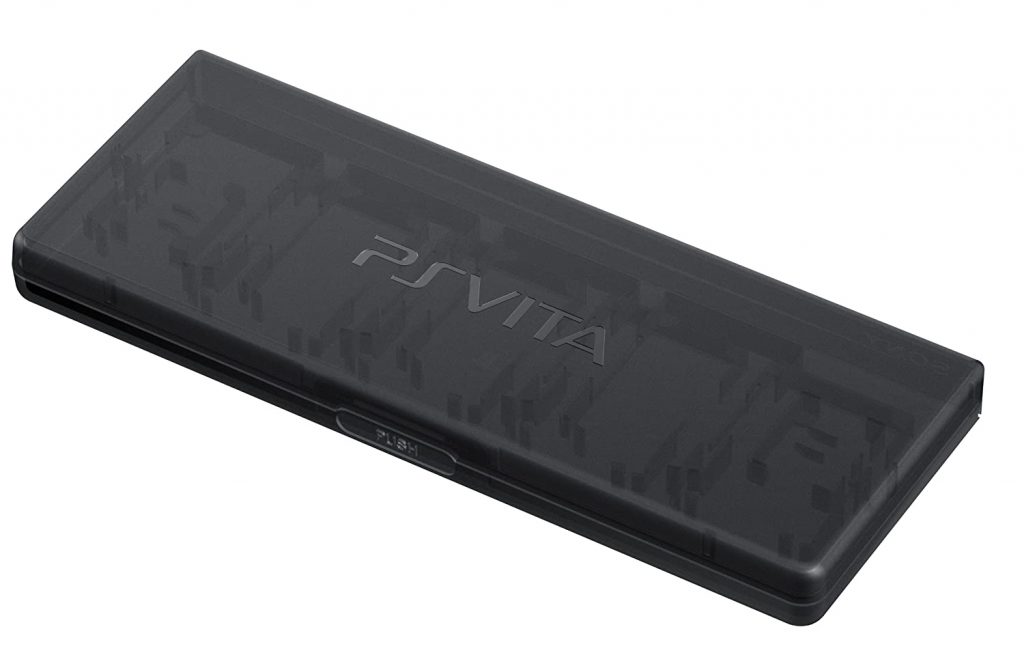 Check Latest Price
The Official PlayStation Vita Card Case protects and organizes all of your PS Vita cards. The card case can hold up to eight games and two memory cards. It is also built with a protective clamshell design so you can travel without worrying about damaging any of your games or memory cards. 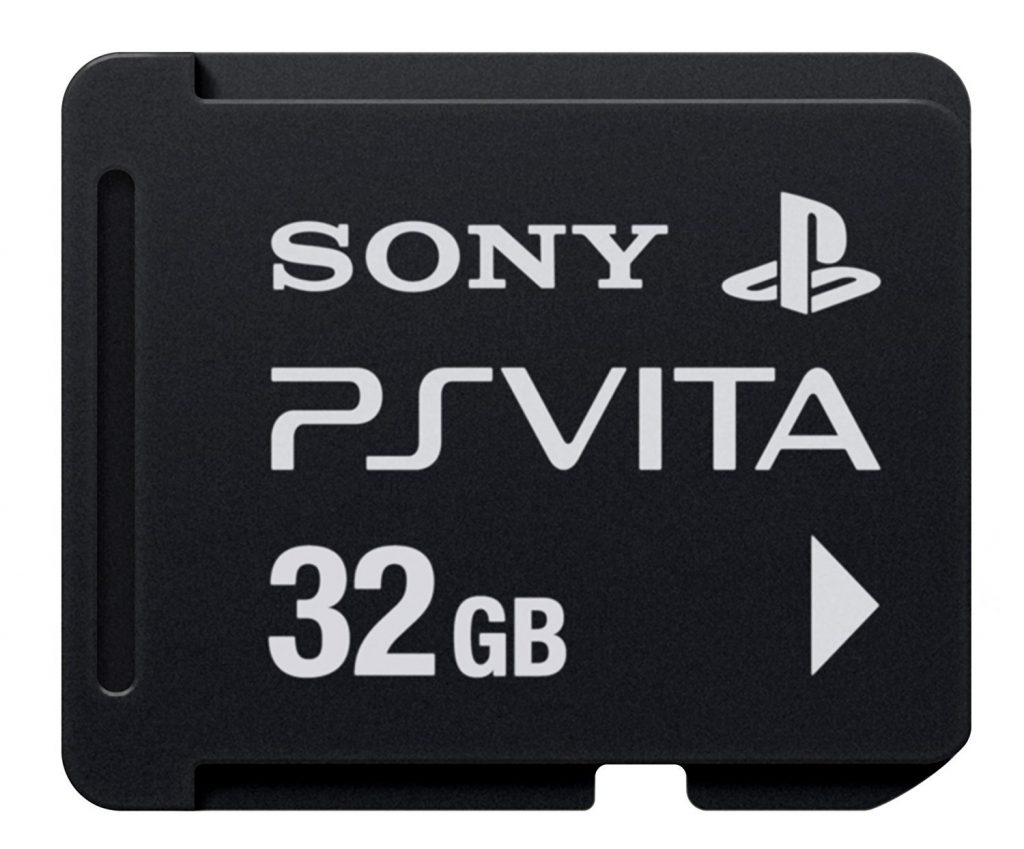 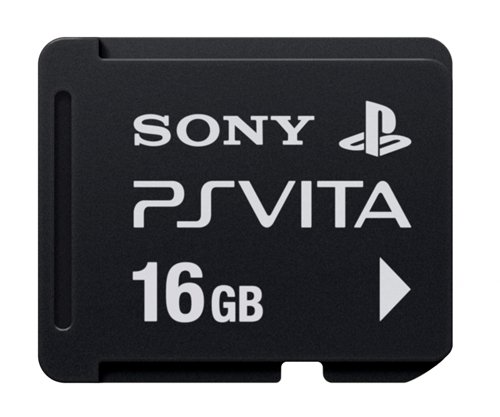 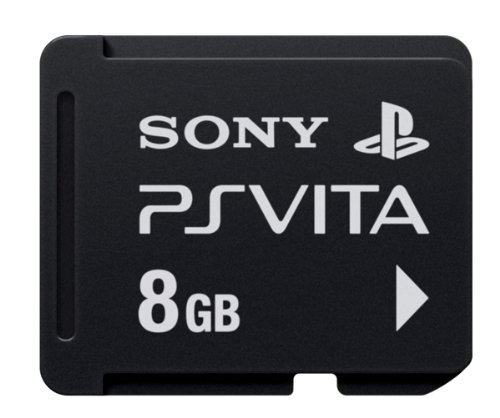 Check Latest Price
If you’re a gamer who mostly purchases physical games as opposed to downloading them, the 8GB PlayStation Vita Memory Card is for you. Though classified as a lower-end memory card, it still has the ability to save up to 2 – 4 full PlayStation Vita games, 6 movies, 2,284 songs, or 1,600 photos. 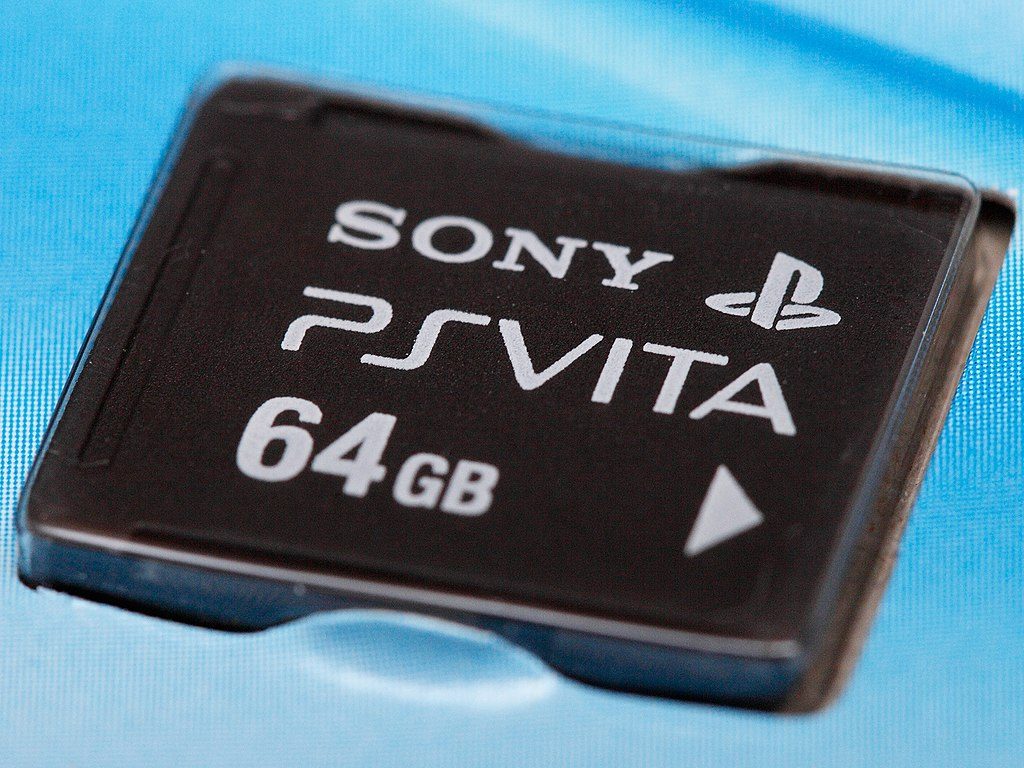 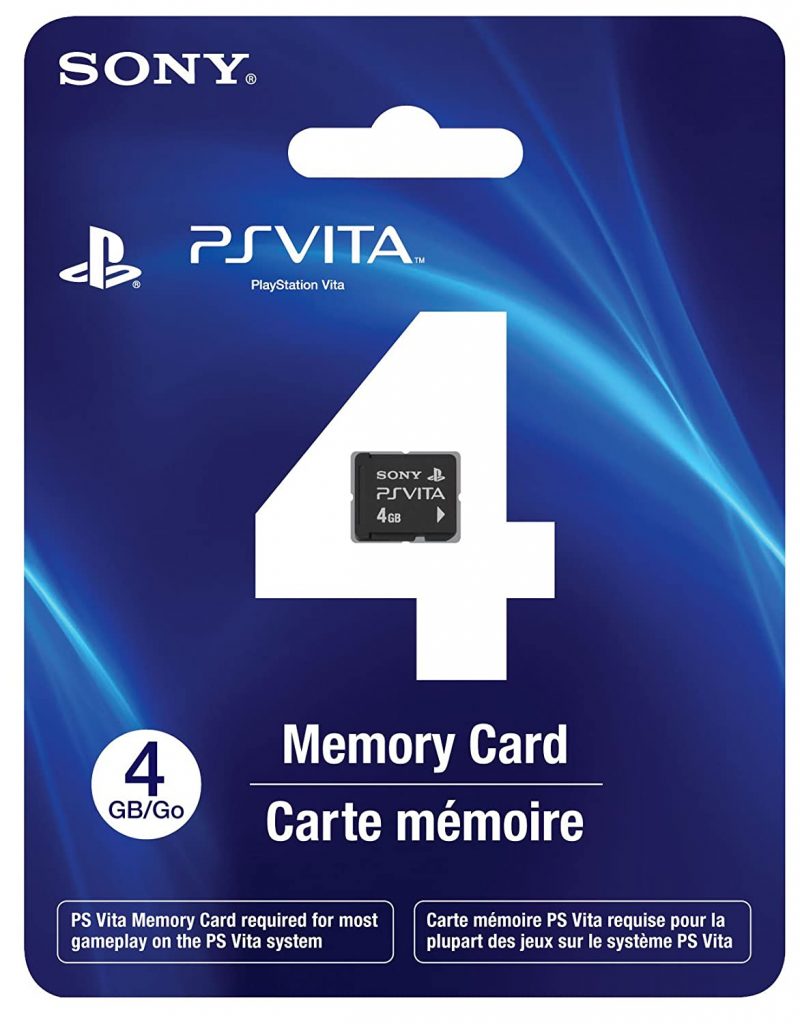 Check Latest Price
The 4GB PlayStation Vita Memory Card would suit a gamer who prefers to purchase physical games rather than download them. This memory card can save up to 1 – 2 full PlayStation Vita games, 3 movies, 1,142 songs or 800 photos. If this is the preferred memory card size that you’d like based on your gaming preference, the cost for the 4GB memory card is definitely a pick in terms of value-for-money.

A must-have for every Playstation owner, the PS Vita card comes in different capacities to best suit your gaming needs. Get ready for hours of pure entertainment on end!

A Complete Cheatsheet To The PS Vita Memory Card
Next post