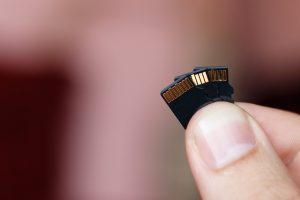 Discover the top micro SD card best picks for any gadget this 2020! The perfect SD card for your needs is just one click away.

Do you ever feel like you’re pressed for data storage? Your camera or smartphone might need the added boost to store your important information. Be it photos or 4K videos, we like to ensure that everything device-related operates for you smoothly and quickly. Here are our top 20 mini SD card picks for your gadget. 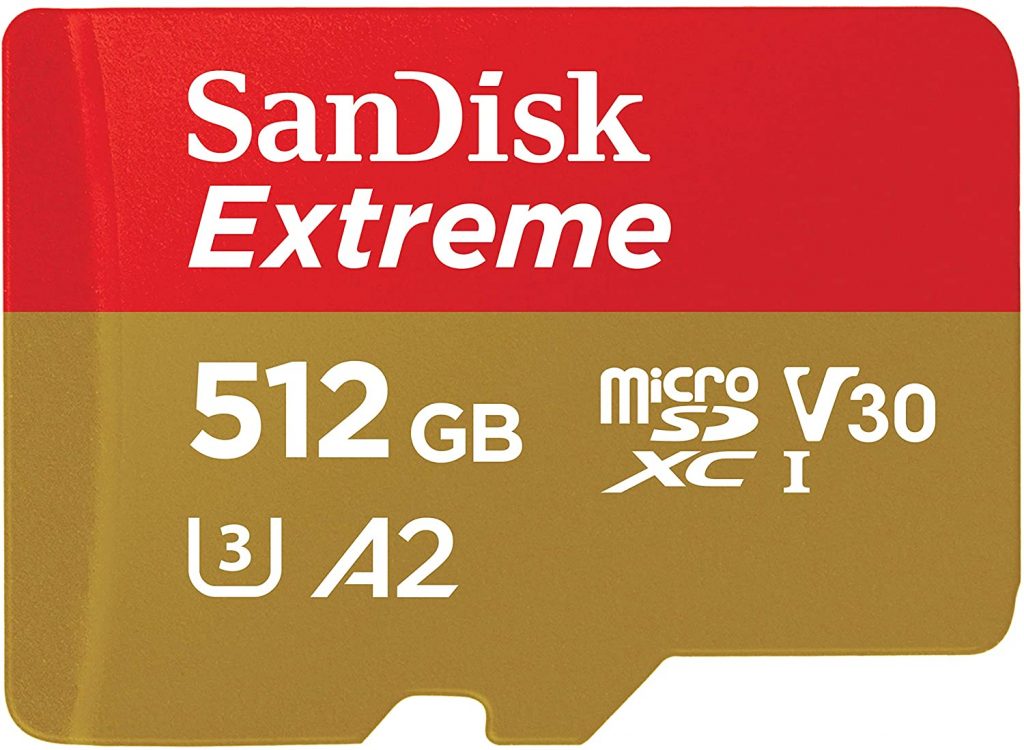 This MicroSD card is a monster in terms of storage. Don’t let its size fool you – it makes up for its small size in terms of capacity. The Extreme Micro SD card can host up to 512 GB worth of documents and files, so you can store all your burst-shot photos, high-definition videos, and more. It’s also perfect for video storage as it has a V30 rating, which means its rapid write speeds for data transfer to your card will be efficient and seamless. You won’t have to worry about adapter compatibility as it fits most existing options in the market.

What we absolutely love about SanDisk Ultra microSD cards is that they balance cost and performance. This one is among the best-selling options in the market and is being recommended by technology aficionados everywhere. What’s so great about it? The read speed on this latest version is now 80MB/s, exceeding the former card’s 40MB/s. Although not specifically mentioned, the write speed still has the class 10 rating, so it can sustain at least 10MB/s of continuous recording. There are multiple capacities for this card: it comes in 8GB, 16GB, 32GB, 64GB, 128GB, 200GB, and 256GB variants. 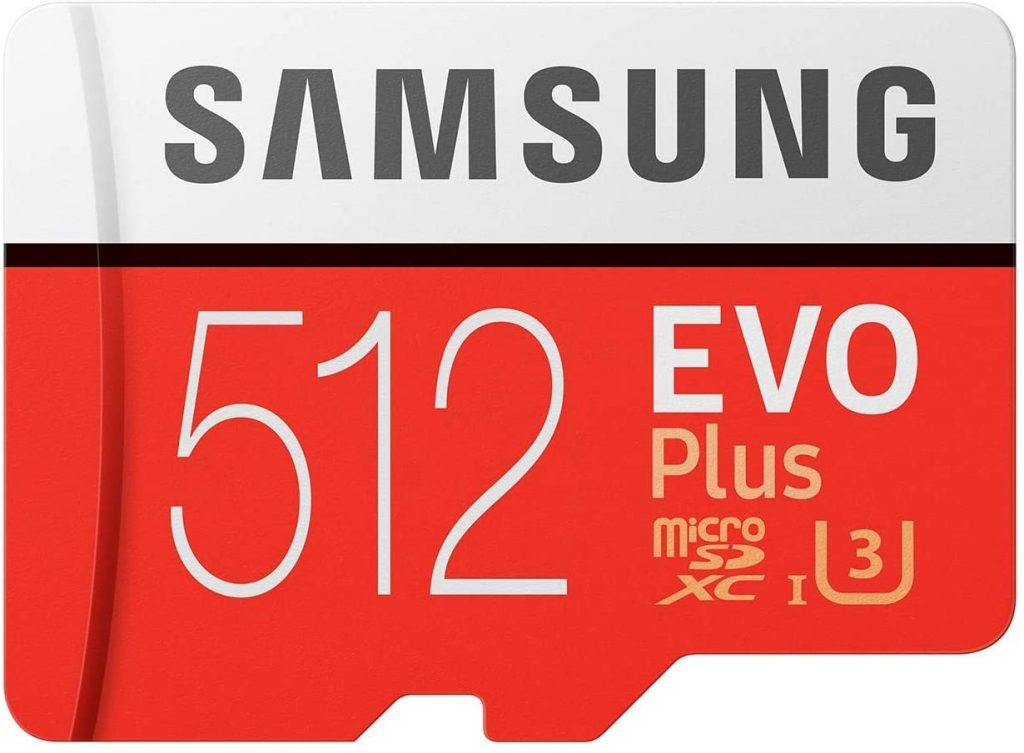 The Samsung Evo Plus is not one to overlook because it can easily outperform leading mini SD cards from other brands in terms of writing speeds.  Multiple benchmark tests conducted on the card proved that this card is one of the best available today. This one delivers ultimate performance with one of the fastest writing speeds compared to other Clash 10 UHS-I cards on the market. 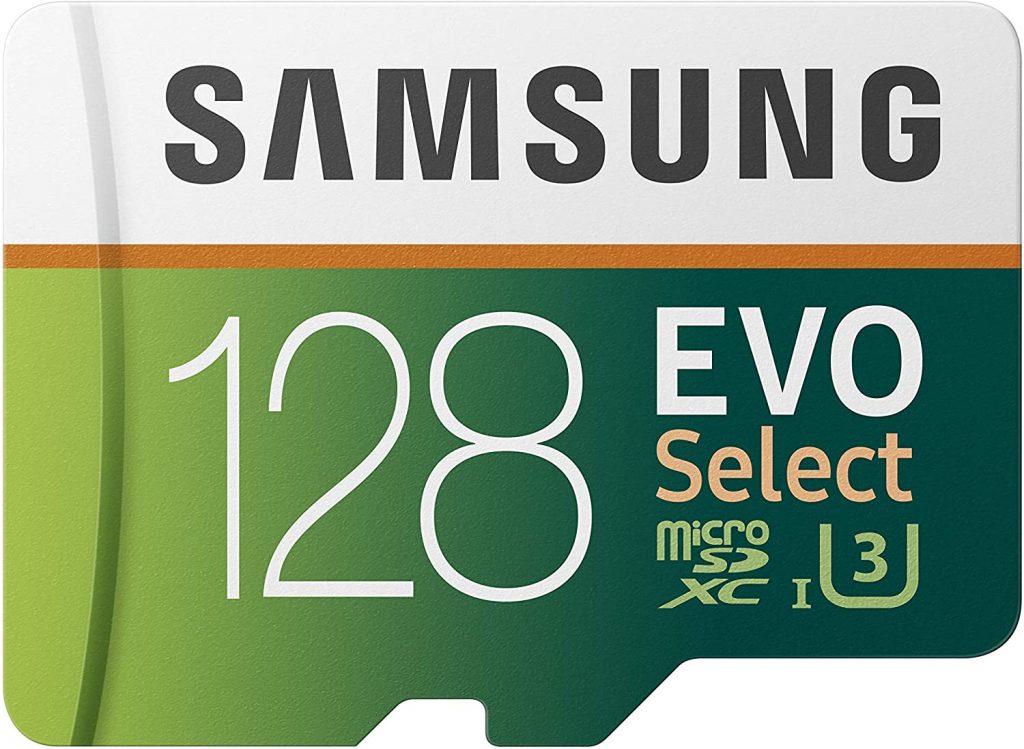 Just like its tagline, fulfill your need for speed with the Samsung Evo MicroSDXC. Samsung has been a flagship creator of mini SD cards for years. This offering from the mobile magnate makes our second pick as it is a great SD card for any smartphone with quick upload and download speeds of up to 100MB/s. That’s lightning-quick in terms of data transfer that allows you to store your media in a flash! This card is shock-proof, magnet-proof, and x ray-proof. You don’t have to worry about getting an adapter since it comes with one. 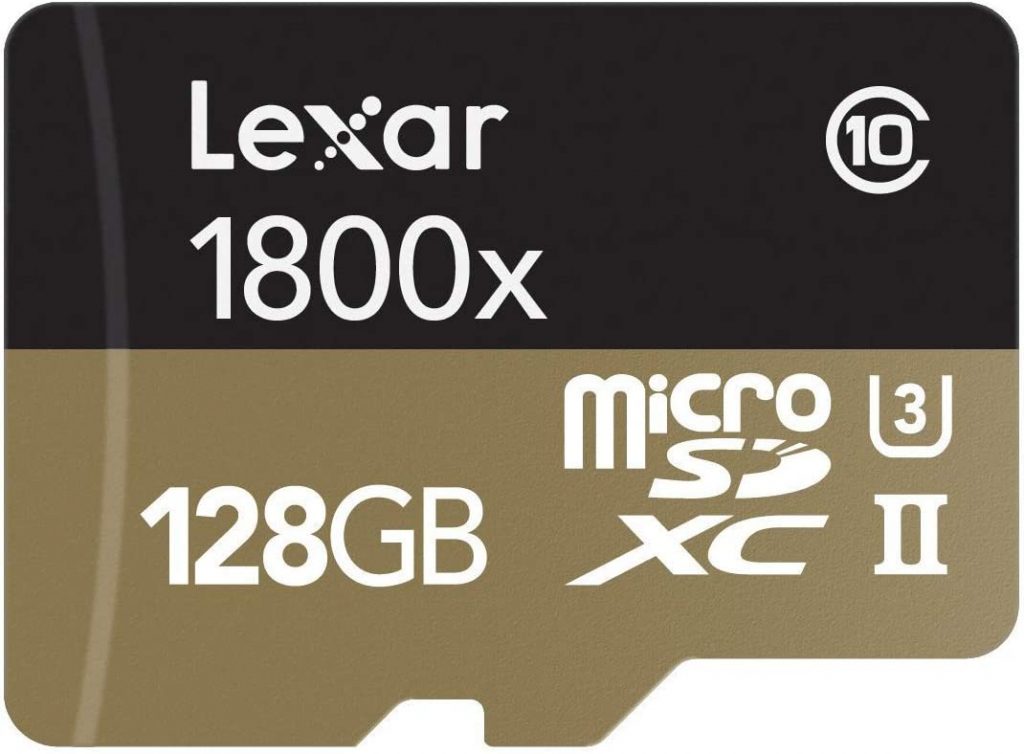 The Lexar Professional 1800x may not be as popular as other brands, but this does not mean it’s not on par performance-wise. With write speeds up to 270 MB/s, you can expect to record 4K videos seamlessly. It is sure to do an excellent job for aerial or action-heavy shots. Also, the pack comes with a UHS-II adapter, allowing for easy data transfer from one device to another. This one writes 1080p quality videos in Full HD, 4K video, and 3D so you’ll have endless opportunities to shoot quality videos. You’re getting more while paying less with this Micro SD card. 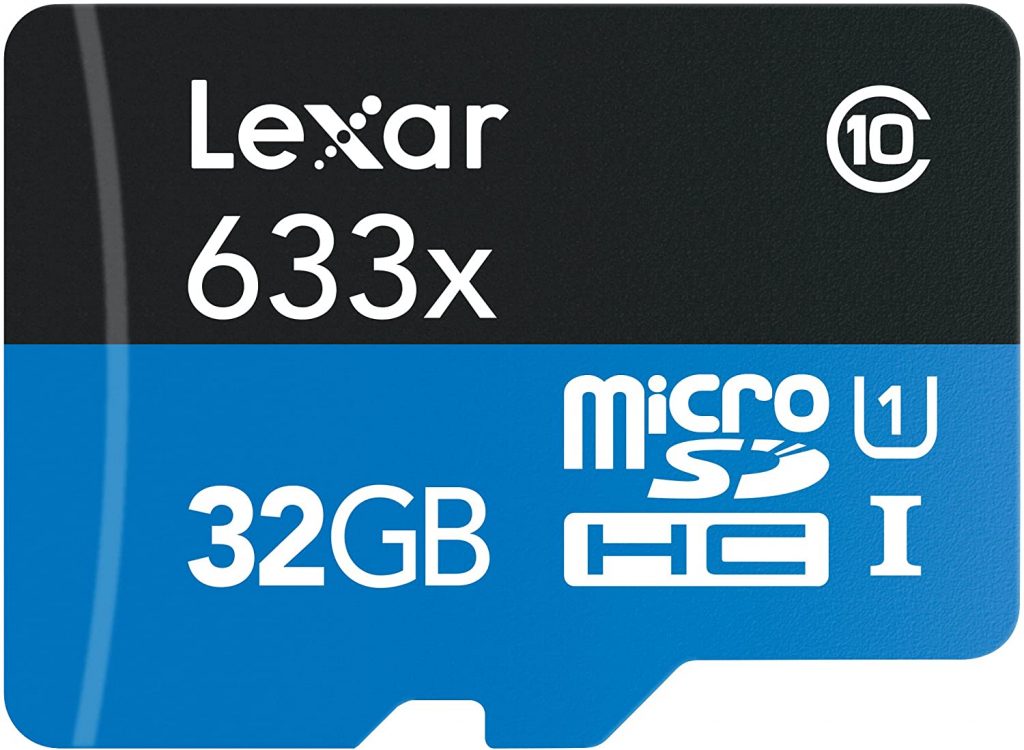 Finally – a micro SD card that is a great for sports camcorders, tablets, and smartphones. This mini SD card quickly stores, plays back, and transfers files at 95MB/s. It can also store up to 36 hours of HD videos, 7,600 photos, or 58,100 songs. 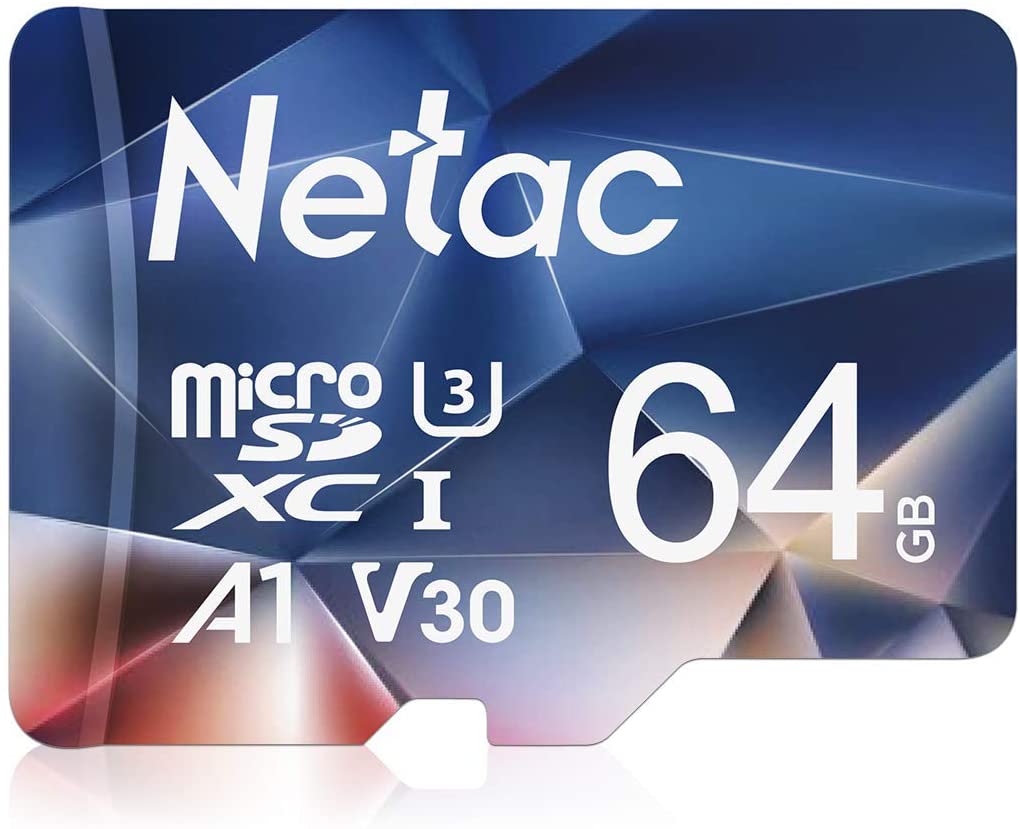 Check Latest Price
The Netac micro SD card can store up to 1.5k UHD videos, 7,000 photos, and 2,500 songs. It has been proven to resist temperatures as low as -25℃ and as high as 85℃. Also, it’s waterproof, shockproof, and x-ray proof. In addition, this is great for compatible devices that carry the same speed rating such as 360° cameras, tablets, dash cameras, camcorders, Bluetooth speakers, VR computers, and laptops. Whatever feature you’re looking for, they’re all within this mini SD card. 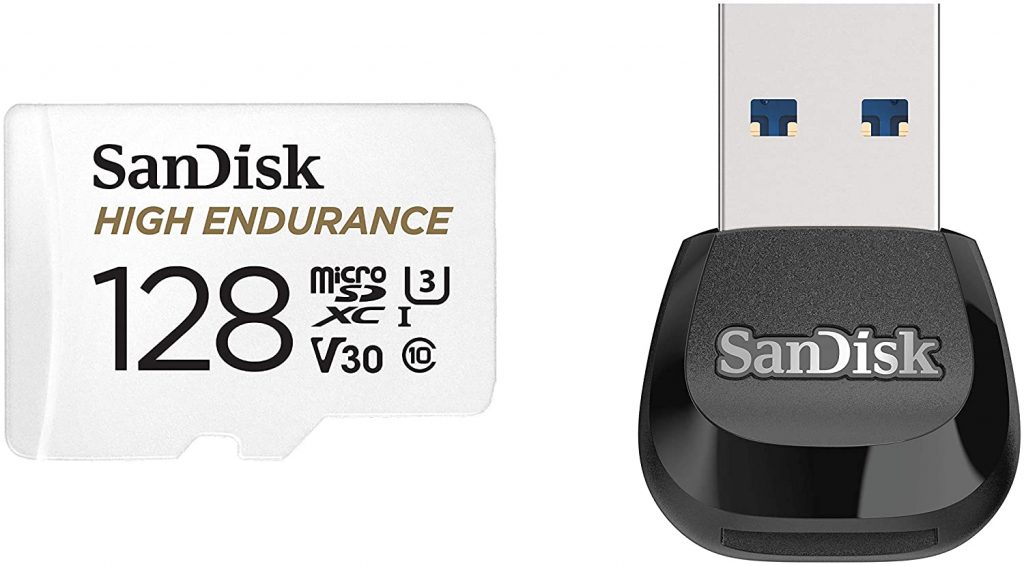 The great thing about the SanDisk High Endurance SDXC is that you can get a card reader to go with it. Gone are the days when you have to worry about getting a compatible reader for your PC or device. With this product, you can get to transferring your data right away. Also, you can record up to 10,000 hours of video without worry since it comes with a two-year manufacturer warranty. This is a card with a Class 10 rating with a speed rating 3, and it’s specifically made for storing high definition videos with its V30 rating. As a result, you can transfer footage with a rapid speed of 100MB/s that allows you to store those 4K videos in a snap. 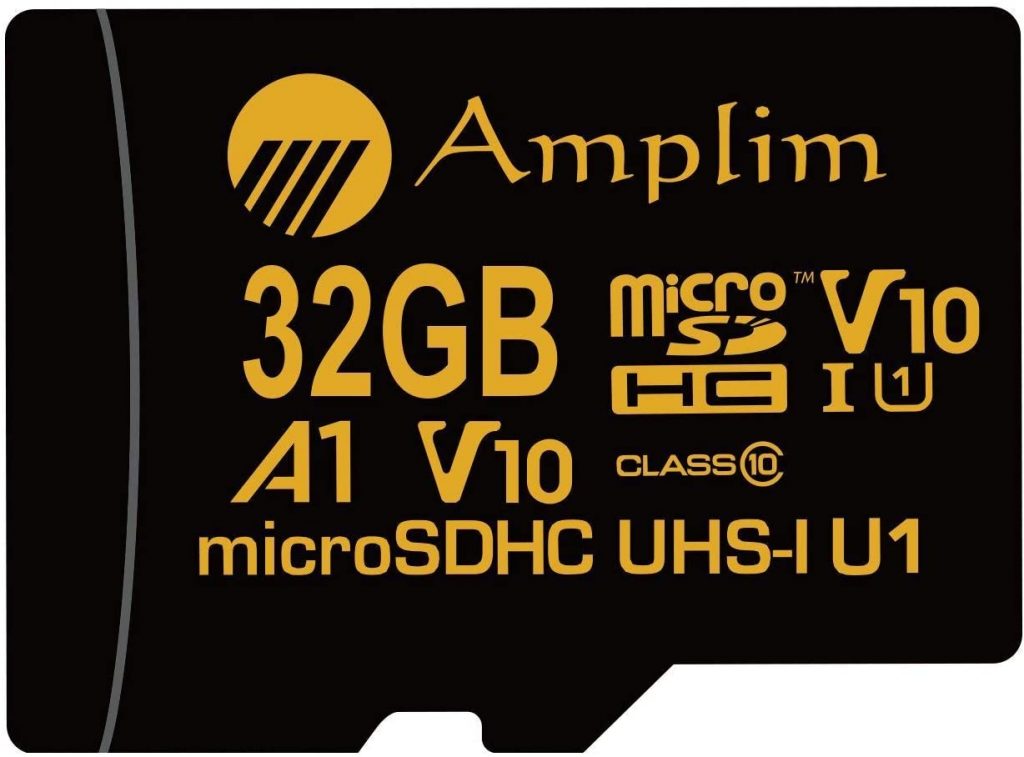 Check Latest Price
This is the perfect memory card for your smartphone. It features a 100 MB/s write speed and a V30 rating for video recording. You get all the features of a higher-end SD card for a very reasonable price. It’s compatible with most Android smartphones in the market, and the brand offers a money-back guarantee if you’re not satisfied with their product. 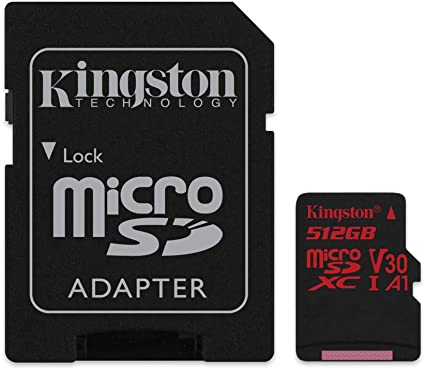 Check Latest Price
The Kingston Canvas React is probably the most underrated of all the cards in our selection, but its large capacity gives it a competitive edge over the other options. You’ll find that the card is perfect for storing of high-speed burst photos, and it supports 4K video as well. Moreover, this pack comes with a universal micro SD adapter for other devices. It’s perfectly durable so you don’t have to worry about replacing it anytime soon. 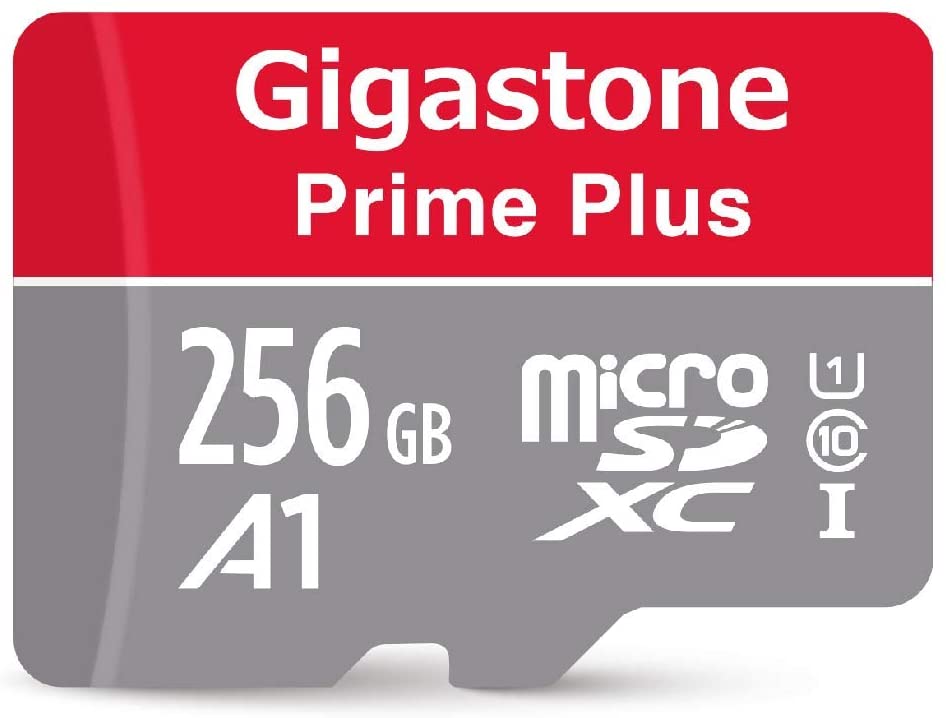 Check Latest Price
If you’re looking for a micro SD card that’s good for a tablet or smartphone, this one is our best recommendation. The Gigastone 256GB features 95MB/s of write and transfer speeds for full HD videos and files. It’s perfect on-the-go use and allows quick app transfers from one device to another. With a five-year warranty, what have you got to lose? 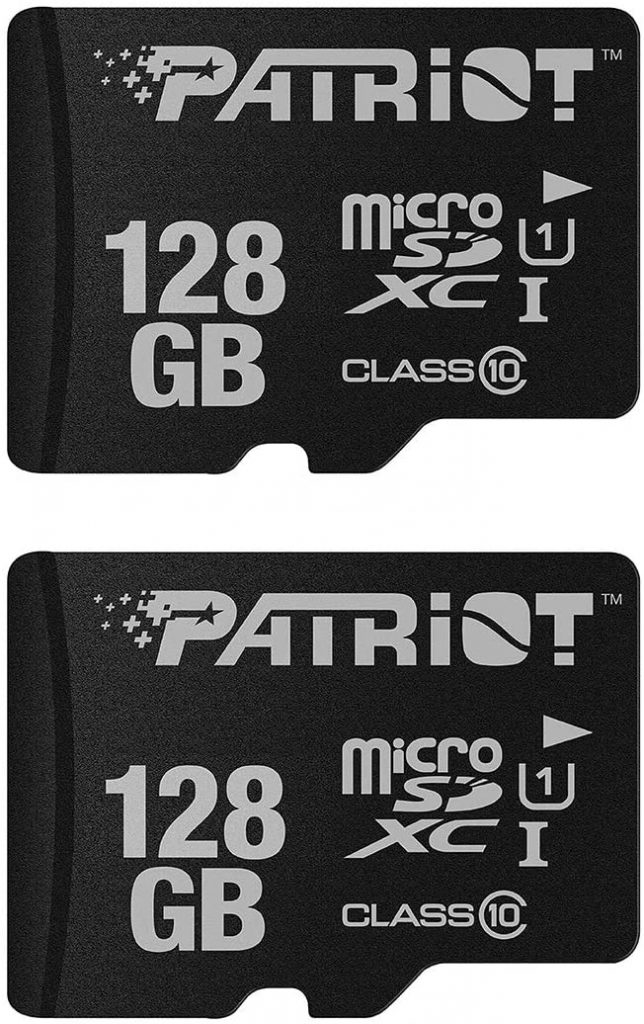 Check Latest Price
The Patriot LX-Series 128GB clocks 70MB/s writing and 20 MB/s reading speed. According to some reviews, it outperforms the SanDisk Ultra, Samsung Evo, and Toshiba cards in reading and writing speeds by a small margin. However small, there is a great difference between the Patriot and its competitors price-wise. With this, you can actually get two 128GB cards for half the price of a regular 128GB micro SD card! In addition, it comes with a five-year warranty which is good coverage considering its price point. 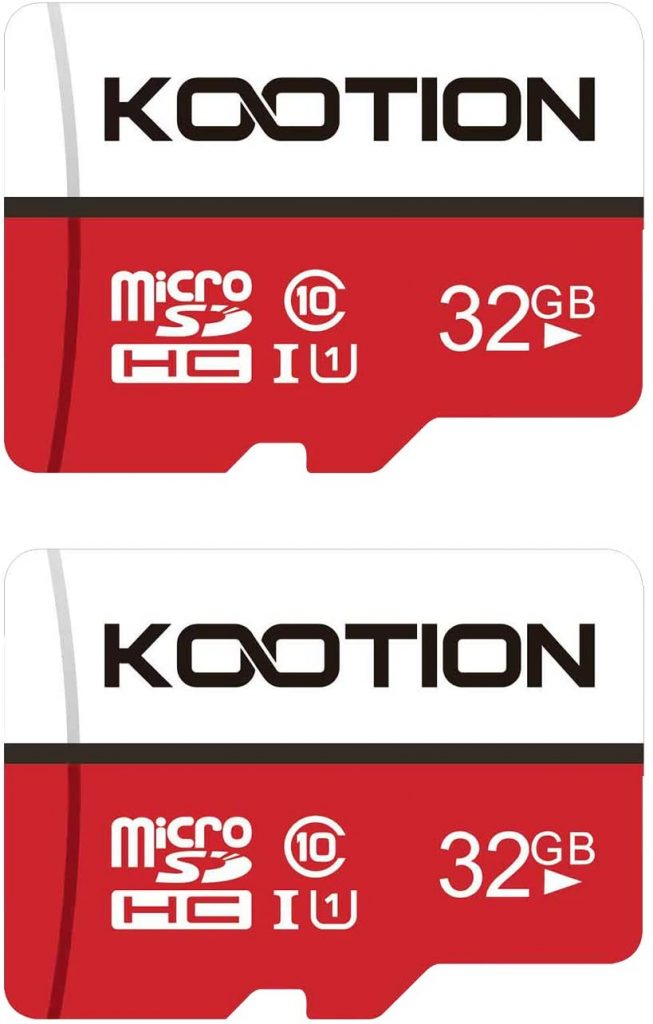 Check Latest Price
If you’re looking to get an extra SD card, you should get a hold of this Kootin micro SDHC ASAP. Not only does it have 32GB of capacity, but it also comes with another micro SD card. Furthermore, you get a memory card that adopts 90 MB/s write speed and 20 MB/s read speed. It’s a Class 10 card with a UHS-I speed rating, so you know that it does ride the wave in terms of speed standards. Moreover, you don’t have to switch out your memory cards since this product comes with two. How’s that for convenience? 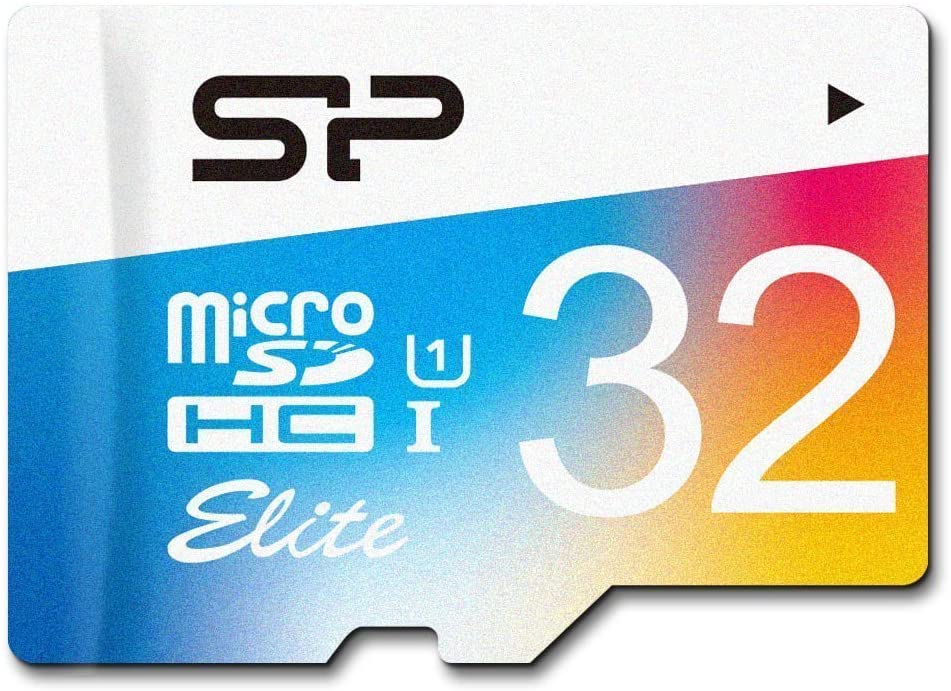 Check Latest Price
The NAND micro SDXC is one of the most affordable in its category. It has UHS-I Class 10 specifications that allow for seamless file transfers and uninterrupted UHD video recordings. It’s perfect for your DSLR, HD camcorder, smartphone, and tablet. Also, it’s compatible you can plug it into a Nintendo Switch for extra storage. 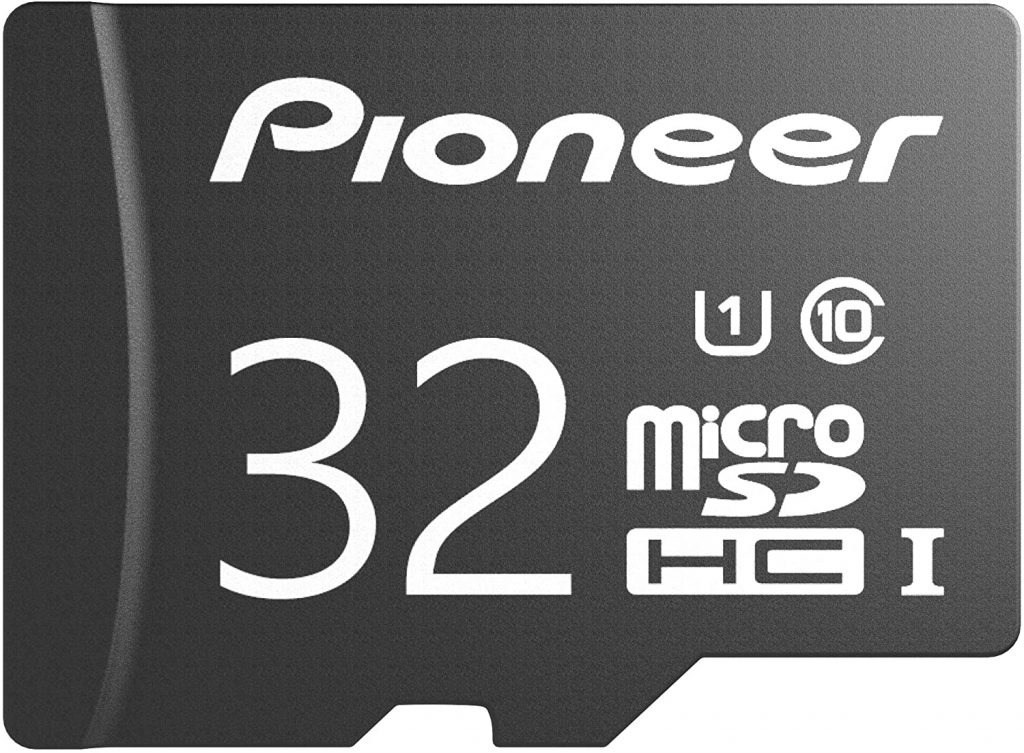 Check Latest Price
Pioneer’s 32 GB micro SD offers up to 85MB/s write speeds and 15MB/s read speeds, which is quite impressive considering the price. You know that getting it won’t break your bank sine it’s quite an economical choice. Along with this, it belongs to the Class 10 UHS-I speed rating group. It is the cheapest of the bunch, and you get a five-year warranty for this product to let you maximize its usage long-term. 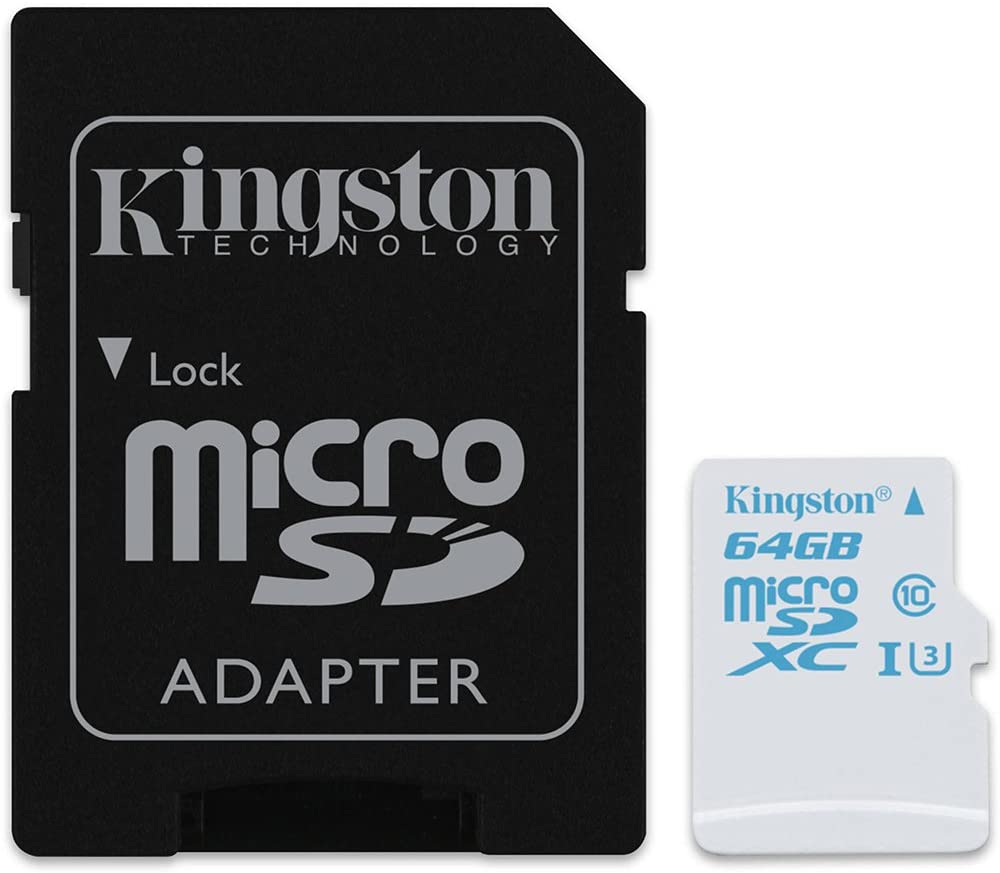 Check Latest Price
The Kingston 64GB Canvas Go is the mid-range model in the canvas series – it’s part of the Class 10 UH 3 of the micro SD card line. This particular line targets professional photographers and videographers alike. It’s perfect for those who want to shoot 1080p and 4K videos. Also, these cards are built to endure harsh weather conditions. You can pick from different capacities because there are multiple options, with the highest being 128GB.

Check Latest Price
The Elite Series from Silicon Power wows with rapid transfer speeds of 85MB/s. Because of this, the 32GB variant is capable of transferring 12,000 photos in 7 hours. You won’t have to wait or worry about lag or dropout time ever again. Also, the card supports Full-HD recording as well, so go ahead and capture all those precious memories without worries.

Check Latest Price
The 32 GB Topesel cards are perfectly versatile as they are compatible with almost any device. In fact, these memory cards work best with the most advanced devices. So, these will definitely protect your cards well. In addition, Topesel performs at up to 90MB/s writing speed and 25 MB/s reading speed. 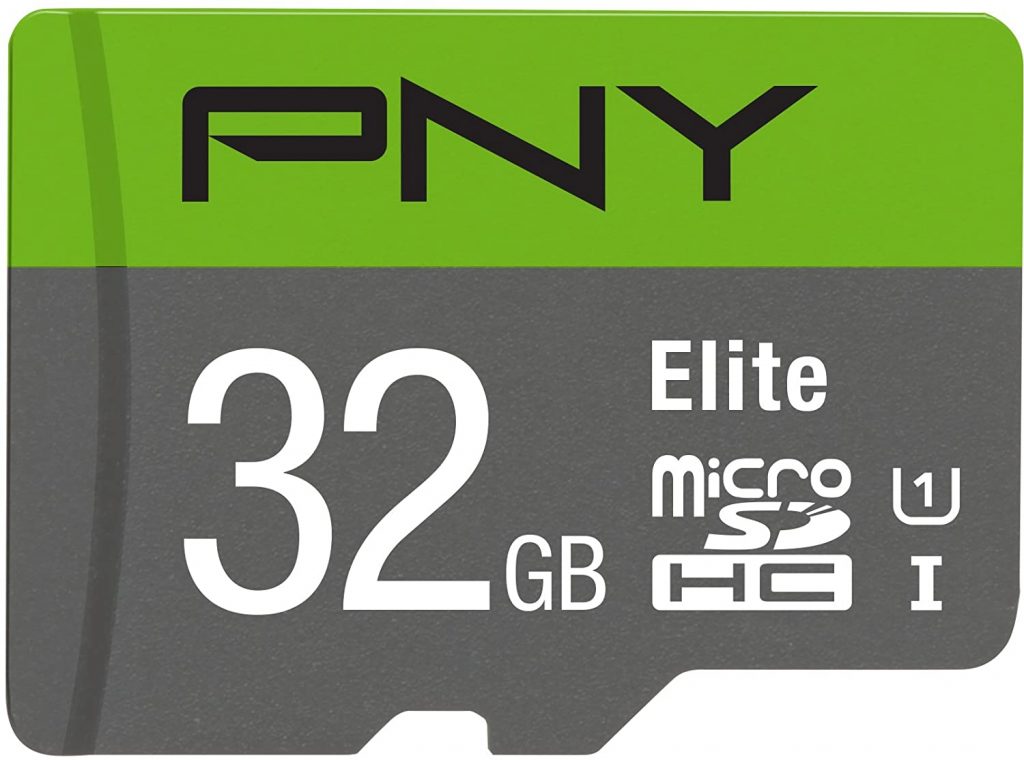 The PNY Micro SDXC has a 100MB/s read speed. In addition, the card has a Class 10 U3 card rating performance. Thus,  it’s perfect for shooting 4k Ultra HD videos. The card allows apps to run faster from the card making space for the smartphone or tablet. This micro SD card is the best for drones, action cameras, camcorders, laptops, and computers. You can store and transfer high-resolution photos, videos, music, files, and documents with this clever product. 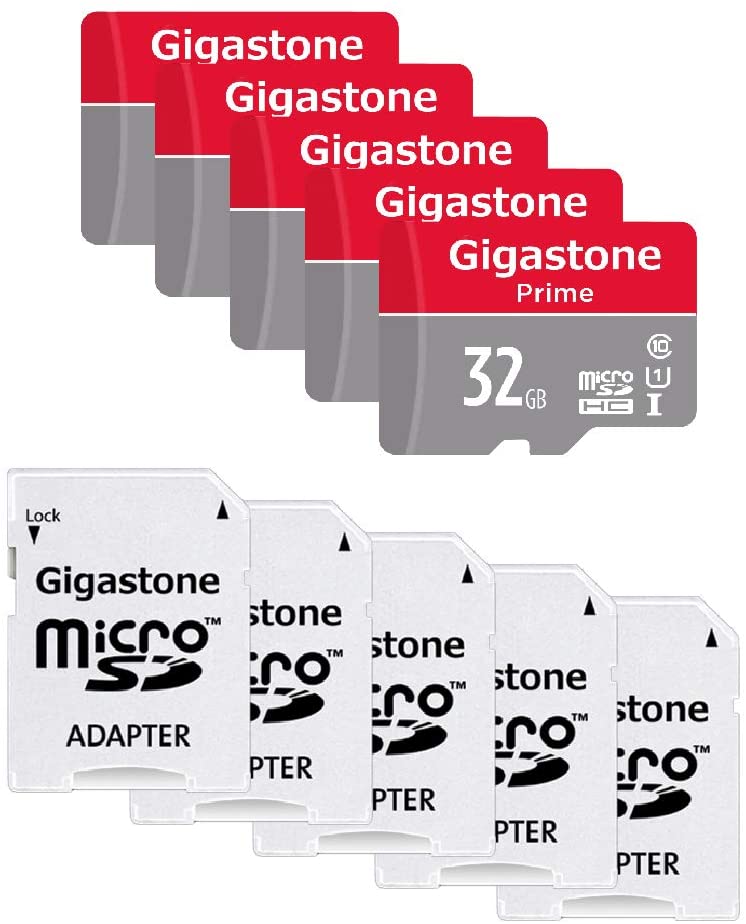 Last but certainly not the least in our list is the Gigastone micro SDHC, which comes in sets of five. These are quite spacious and quite cheap too. It’s perfect for those who are looking for a lot of extra micro SD cards. In terms of performance, it has up to 90MB/s of write speed. On the other hand, the read speed front reaches up to 20MB/s in the Class 10 UHS-I category. Those who enjoy spending time outdoors will love this bundle that packs a great deal of storage.

So there you have it – our best picks will surely give you what you need in terms of performance, quality, and capacity. You don’t really need to get a very expensive SD card to get the best one for your gadget. These are the best in the market, so you won’t regret giving one a try.